The members of the International Jury are recognized and experienced professionals in the field of documentary expression: Karin Hayes from New York, Ingrid Falck from London, Montaser Marai from Doha, Robert Tomić Zuber from Zagreb and Zoran Galić from Banja Luka. 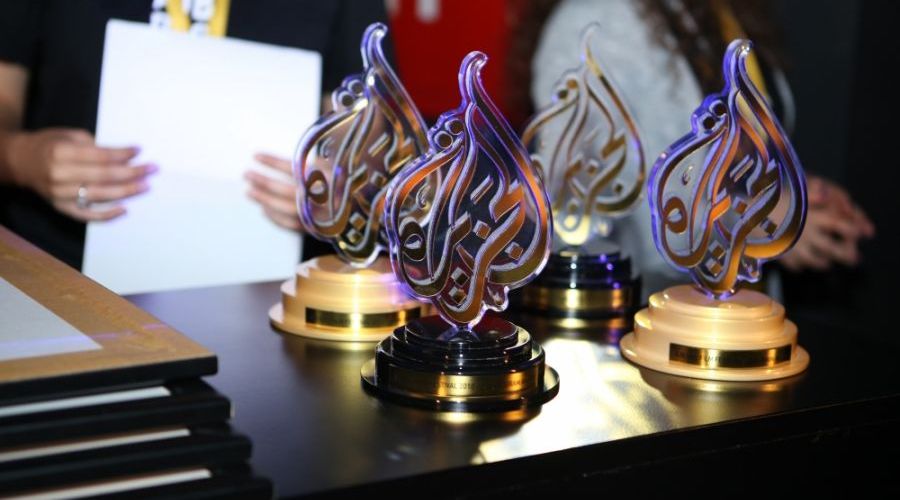 At the closing ceremony of the Al Jazeera Balkans Documentary Film Festival, held tonight in Sarajevo, the participants from Montenegro, Croatia, Macedonia, Serbia and Bosnia and Herzegovina received their awards.

At the beginning of the ceremony, on behalf of the Al Jazeera Media Institute, Montaser Marai handed certificates to the young authors who participated in the training "Investigative Current Affairs Documentary Filmmaking", led by the experienced producers and documentary filmmakers, Giovanni Ulleri and Eki Rrahmani.

Apart from the training, all 29 participants also attended the interactive workshop "Challenges of Investigative Journalism in TV Documentarism", led by Croatian producers Tomislav Pulić and Robert Tomić Zuber. The certificates were awarded to the participants from Monte Negro, Croatia, Macedonia, Serbia and Bosnia and Herzegovina.

The first award announced this evening was the "Audience Award".

Nerminka Emrić’s film "A Feat of Perseverance", screened within the accompanying programme “AJB Screening”, received the largest number of votes from the audience.

This story celebrates a man, rescuing from oblivion some fragments of the past, unimaginable to new generations. It is also a love story of Marin, better known as the “Titan from the island of Mljet” and his wife Nike. The film is a message to new generations to appreciate hard work and believe in the power of man instead of surrendering to hopelessness and nihilism.

The ceremony continued with the introduction of the members of the Al Jazeera Balkans Programme Department, who awarded the "AJB Programme Award" to the film “Grandson”, screened within the Competition Programme, directed by the journalist and documentary filmmaker Aleksandar Reljić.

In their explanation of the decision, they said: "Within the regional production it is very hard to get the necessary funds for big films dealing with topics that cross the regional boundaries and have more influence on our facing the past and the processes of forgiveness and reconciliation, as civilization achievements." The award was presented by the Director of Al Jazeera Balkans, Tarik Đođić.

The film "Grandson" deals with the issues of facing the past and the worst war crimes in the history of mankind, which must not be forgotten, however, the film offers a different approach to overcoming the hard and painful past through the process of forgiveness by the victim. It is a story about Rainer Hoess, the grandson of the Auschwitz commander Rudolf Hoess, who was symbolically adopted by Eva Mozes Kor, a concentration camp survivor,  in 2014. The two, both with specific life experiences, unite in the fight against neo-Nazism, antisemitism, racism and xenophobia in today's world.

The members of the International Jury are recognized and experienced professionals in the field of documentary expression: Karin Hayes from New York, Ingrid Falck from London, Montaser Marai from Doha, Robert Tomić Zuber from Zagreb and Zoran Galić from Banja Luka.  They had a difficult task of choosing the best film.

"When the jury finds it so hard to make a decision, it is a reflection of the quality and range of films. We had an opportunity to see a broad spectrum of stories, genres, topics and filmmaking skills, with wide regional representation. Each film brought something special and moved us in a different way. All this made our decision very hard indeed.” Ingrid Falck said.

For this reason, it was decided that the film "The Russian Job” by Petr Horky gets a “Special Mention Award”.

The jury explained: "It is a film that speaks to the world, to Eastern Europe especially, dealing with the issues of historical legacy and social change in a creative, engaging and very human way. It takes the audience on a nuanced, emotional and intellectual journey, from start to finish."

The jury award for the best film, "AJB Main Award", is divided between two very different and outstanding documentary films: "Why Slavery? A Woman Captured", directed by Bernadett Tuza-Ritter and "Of Fathers and Sons", directed by Talal Derki.

As Ingrid Hayes says in the explanation of the decision: "Each, in its own way, is crafted with exceptional bravery and unflinching commitment by the filmmakers. Each exposes uncomfortable truths about our complex world, and each deals with very difficult subject matter by immersing the viewer intimately in the lived experiences of the protagonists."

A film that leads into the very core of the exploitation practice that is hidden throughout the world, but is happening everywhere, "Why Slavery? A Woman Captured" was directed by Bernadett Tuza-Ritter. The film is about Marish, a 52-year-old Hungarian woman, who has been serving one family for the last decade, working 20 hours a day, without getting paid.  Her oppressors seized her ID card and banned her from leaving the house without permission. Treated like an animal, she only gets leftovers to eat and is not allowed to sleep in bed. Marisha spends her days with fear in her heart, dreaming of getting her life back.

A film that brings a closer look to the family and children who found themselves in the frightening context of extremist ideology and war "Of Fathers and Sons" was directed by Talal Derki. The director returns to his homeland where he gains the trust of a radical islamist family, sharing their daily life for over two years. His camera focuses on Osama and his younger brother Ayman, providing an extremely rare insight into what it means to grow up in an Islamic Caliphate.

At the end of the ceremony, the Director of Al Jazeera Documentary Channel, Ahmed Mahfouz Nouh, addressed the audience. This was followed by re-screening of the film “Arkan’s Legacy: the Serbian Mafia” by French director Jerome Pierrat.

During the five days of the festival, 23 films in three selections were screened and seen by approx. 3,000 viewers. Some of the films shown at the AJB DOC Film Festival will soon be broadcast within the Al Jazeera Balkans television programme.