AJB DOC Film Festival Main Award winner, “For Sama” was one of five documentaries nominated for the Best Documentary Feature. 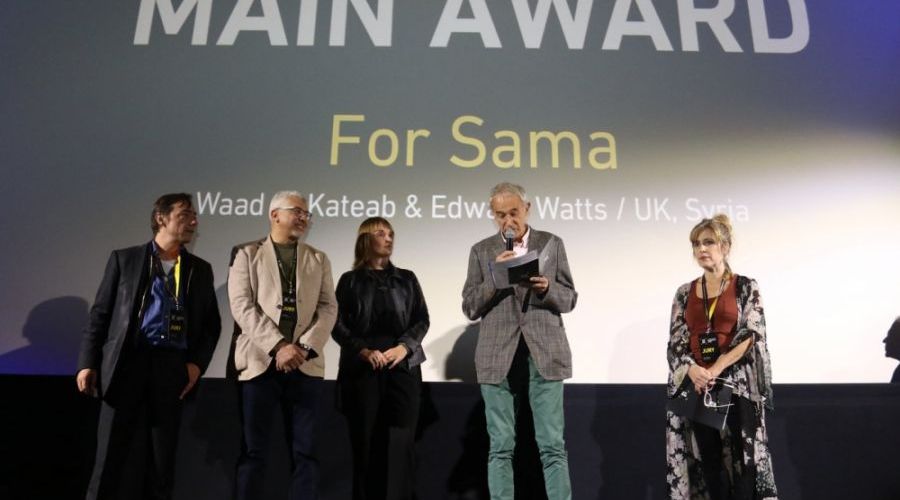 The Academy of Motion Picture Arts and Sciences announced Documentary Feature nominations in consideration for the 92nd Academy Awards. AJB DOC Film Festival Main Award winner, “For Sama” was one of five documentaries nominated for the Best Documentary Feature.

Here is the list of five documentaries which are nominated:

- "The Edge of Democracy", Petra Costa

Second edition of the Al Jazeera Balkans Documentary Film Festival was officially opened with "For Sama", the documentary that won hearts of the audience and by unanimous decision of the International Jury was given the Main Award in Festival's competition selection.

“For Sama” is both an intimate and epic journey into the female experience of war. A love letter from a young mother to her daughter, the film tells the story of Waad al-Kateab’s life during five years of uprising in Aleppo, Syria, as she falls in love, gets married and gives birth to Sama, all the while cataclysmic conflict rises around her.

Her camera captures incredible stories of loss, laughter and survival as Waad wrestles with an impossible choice – whether or not to flee the city to protect her daughter’s life, when leaving means abandoning the struggle for freedom for which she has already sacrificed so much.

For Sama will be broadcasted on Al Jazeera Balkans.

The nominations for the 92nd Academy Awards were announced in 24 categories. The winners will be announced at the ceremony, which will take place on February 9th.