'For Sama' was awarded the Best Documentary and nominated in three more categories. 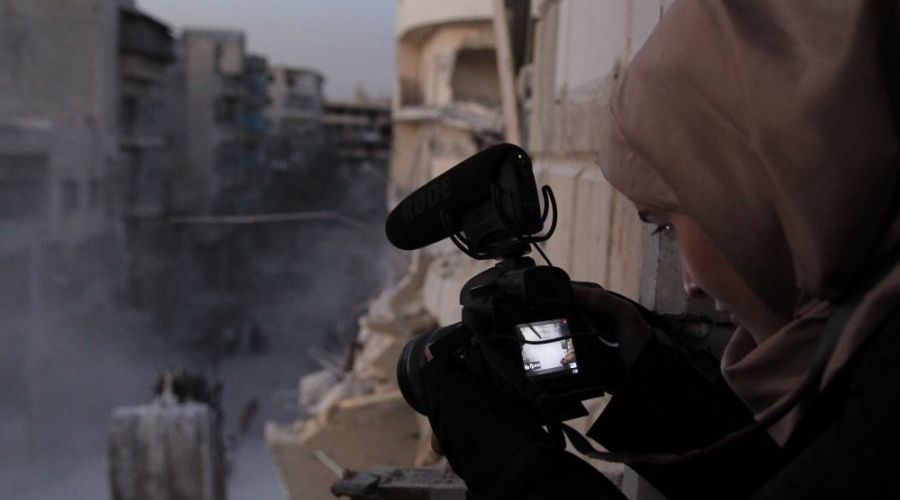 The British Academy of Film and Television Arts (BAFTA) Film Awards are presented annually with an aim to honor the best British and international contributions to film. This year's ceremony took place on February 2 at the Royal Albert Hall in London and was hosted by Graham Norton.

The documentary film ‘For Sama’ by Waad Al-Kateab and Edward Watts won the Best Documentary award, and was also nominated in three more categories.

In her speech, Al-Kateab thanked for the award, stressing that only three years ago she and her family were in Aleppo, in a basement of a field hospital.

“We were hearing the shelling and the bombing all the time around us. At one moment, in 2016, when I was in contact with Channel 4 News, we even thought how and where we should bury our footage in case we didn’t make it… We did the film and I am so glad and I'm so honoured I am standing here. Thank you so much BAFTA for recognizing the film in so many other categories…”

She dedicated the award to the Syrian people.

'For Sama' was nominated in four categories: Outstanding British Film, Film Not in the English Language, Outstanding Debut by a British Writer, Director or Producer, and Documentary (won).

For Sama will soon be broadcasted on Al Jazeera Balkans.