This is the documentary about Jasmin Džemiđić, first sit-down comedian in the region and an activist for the rights of persons with disabilities. 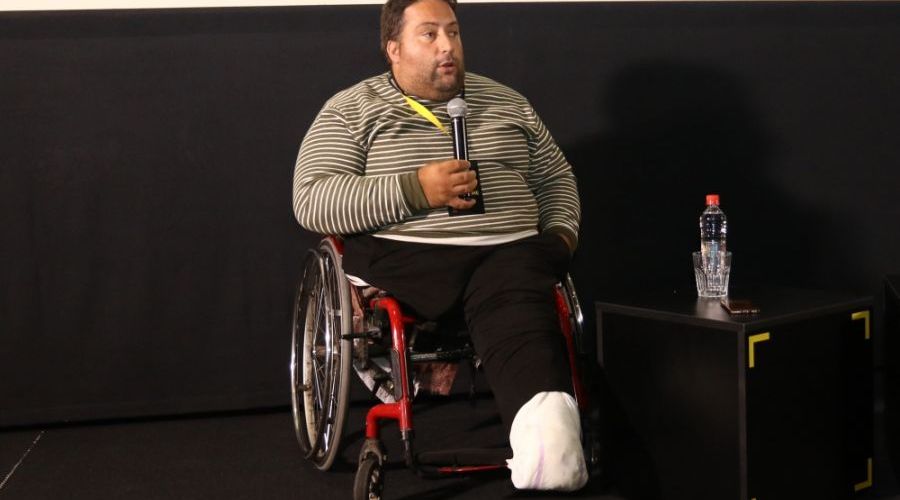 Through his work, Jasmin tries to reduce barriers that people with disabilities face in their everyday lives – the biggest ones being in the minds of others.

For his first appearance on the stage, he managed to climb a stair. But, in his fight against prejudice, he managed to achieve a lot more. He turned everything that was happening to him into a joke, all the while trying to learn a lesson from the not so funny life-situations. With his jokes, which are based on his own experience, Jasmin tries to break the taboos. His wish is not only to make the audience laugh, but to get them thinking about the problem of injustice and discrimination, which is not related only with persons with disabilities.

With his performances, he tries to draw attention to the essential things that are painful to him, as a citizen of Bosnia and Herzegovina. From the moment he began to do sit-down comedy, he noticed that things in his life started to go downhill, which was a positive thing in his case. His greatest success is that people no longer stare at his wheels, but look him in the eyes.

Sit Down Comedy Show is a documentary produced by Jasmin Džemiđić, Aziz and Mirza Čeho in coproduction with Al Jazeera Balkans, and premiered at the Second Al Jazeera Balkans Documentary Film Festival (AJB DOC), which was held in Sarajevo from September 20 to 24, 2019.