All movies can be viewed online at the official festival web page ajbdoc.ba, for free and without registration. 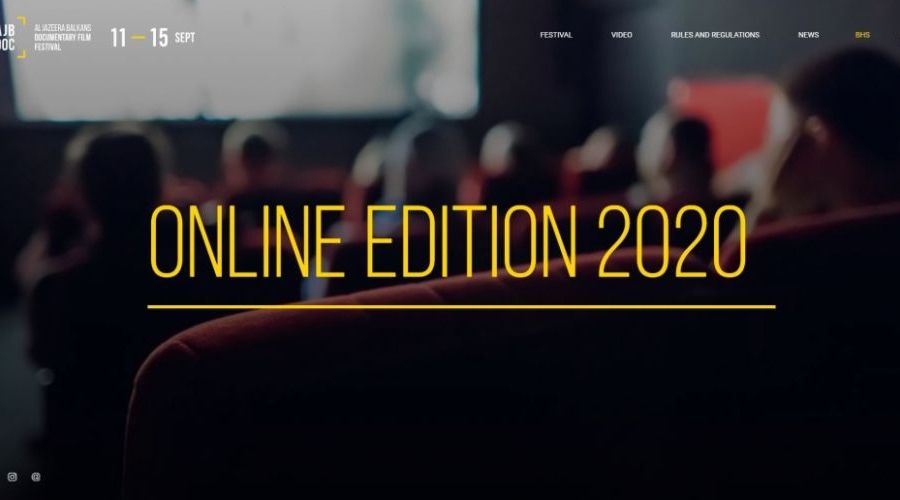 The Third Al Jazeera Balkans International Documentary Film Festival (AJB DOC) will take place from September 11th to 15th in an adapted format. The program that was announced today is available at the official festival web page ajbdoc.ba.

The world pandemic has had a negative impact on many segments of society, as well as on organization of world and regional festivals. Many festivals have been cancelled and some of them postponed or adapted to the new circumstances in such a way that one part or the entire program have been moved to a virtual setting. AJB DOC, as one of them, is providing its regional audience with a possibility to watch all the documentaries for free, on the festival web page, without the need to register.

"After two successful editions of AJB DOC Film Festival, we thought it would be essential to maintain the continuity, so we have adjusted to the new conditions, primarily for the authors, but also for our audience - the main reasons why we embarked on the project of organising the documentary film festival here in Sarajevo“, said the director of Al Jazeera Balkans, Tarik Đođić.

The organizers of the AJB DOC Film Festival, despite the challenging work conditions, said that they are satisfied with the number and quality of submitted films.  Out of almost 300 films, they selected 18 documentaries for the three selections - 10 for the “Competition Programme”, 5 for the „AJB Screening” and 3 for the „Last Minute Cinema” programme.

"Out of almost 300 submitted films, 10 top documentaries adapted for television broadcasting were selected for the Competition Programme. It is important to point out that the number of regional films is increasing every year and their quality does not differ much from European productions with significantly larger budgets. We are proud of the fact that out of 18 selected films, 7 regional films will be shown at the Third AJB DOC", said the selector Đani Hasečić.

Of the 18 high production documentaries which will be available online at AJB DOC, 6 are world, 8 regional and 4 BH premieres.

“We will maintain the continuity of the Festival and, despite the aggravating circumstances, reach the audience and authors, world and regional productions. This year we are dealing with topics that are usually silent and unpopular to talk about, that most people tend to turn the blind eye to, but that must be discussed for the sake of future generations. We are also dealing with some topics from the past that are important for the present but also for the future, as well as those that make one's heart beat faster”, said the Director of the Festival, Edhem Fočo.

Three awards will be presented at the AJB DOC Film Festival. The International jury of three members will select the best film in the Competition Programme and present the “AJB DOC Main Award”, as well as the award for the best film in the “AJB Screening selection” with the same name. All films in the Competition Programme also enter the competition for the “Al Jazeera Balkans Program Award” which is to be presented by the Al Jazeera Programme jury. Due to the specific circumstances of the virtual setting of this year's festival, which is taking place without audience, the “Audience Award” will not be presented this year.

This years' edition of the AJB DOC Film Festival is taking place under the auspices of BH Telecom.