The film 'Seagull' by Ivan Živković Žika will be shown as a part of the Competition Selection of the third AJB DOC.

The ideological conflict between communism and capitalism culminated in the Cold War which was characterized by the division of the world into two opposing blocs. The Non-Aligned - a movement co-founded by Josip Broz Tito, a man who put Yugoslavia on the political map of Europe and the world, was the third bloc which successfully balanced between the East and the West.

The Seagull, a school ship of the Yugoslav Navy, which also served as the floating residence of Josip Broz Tito, was an important instrument of Tito's ambitious diplomacy. Since March 1953, when he sailed out from Boka Kotorska for his first visit to Great Britain, Tito has traveled on the Seagull 14 times, visiting 18 countries on three continents. On these travels, the Seagull crossed 85,000 nautical miles (157,420 km) over the period of 478 days.

The story of the former symbol of socialism, on which Tito agreed to form the Non-Aligned Movement, the world's largest alliance of countries after the United Nations, the then third bloc in the Cold War, was documented by Croatian journalist and director Ivan Živkovic žika.

Following its premiere at the Pula Film Festival, his documentary Seagull will be shown in the Competition Selection of the third AJB DOC Film Festival. The film will be available on the website online.ajbdoc.ba from Saturday, September 12, at 9 pm, until the end of the festival.

"The idea for the film was given to me by my great friend and fellow journalist Denis Kuljiš. The documentary Seagull is one of a hundred plans we had together – ultimately one of only a few that were successfully realized. He dealt with Tito in a journalistic manner. That was his main focus in the last period of his life ", says Živković in an interview for Al Jazeera.

"Denis asked me to direct and co-produce a film about the Seagull and the Non-Aligned, but then he passed away suddenly. On the same day, I canceled the film crew and the equipment rental. Without Denis, that adventure didn't make sense to me. But then at the funeral, Denis' wife told me that it would be good if I made that film after all. There was no way I could refuse that”, he added.

In the film, Živković deals exclusively with Tito’s project of the formation of the Non-Aligned. For the purposes of this story, he also presents us with impressive archival footage of Tito on all his travels. 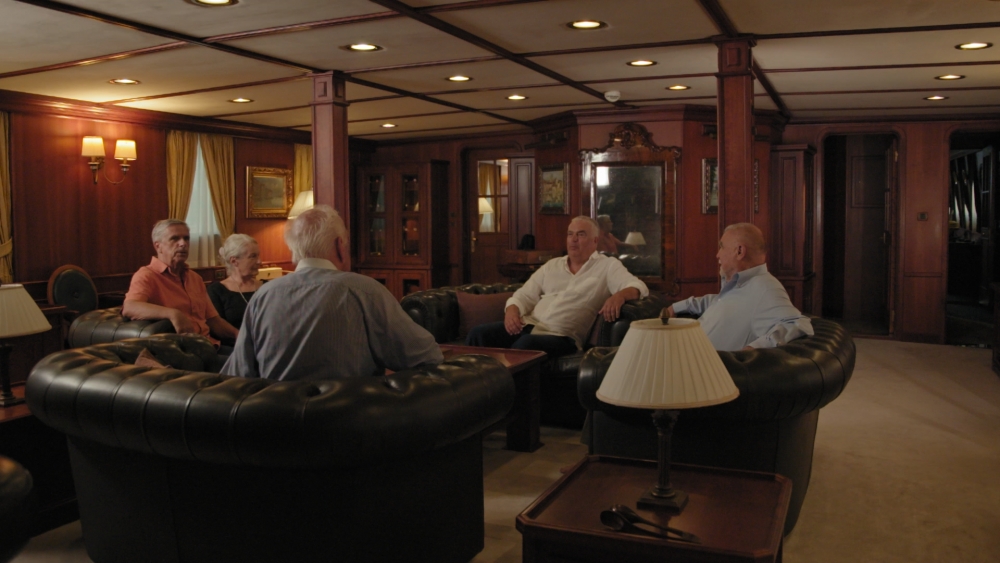 "Tito was a big film lover. A professional film crew accompanied him on all his travels. All his landings in ports were recorded with exceptional quality and edited in propaganda news reels that were then released in cinemas. All the material has ben archived in the Filmske novosti (Film News) in Belgrade, one of the largest archives of that kind in Europe. Most of the material has already been digitized. I was just thrilled to see such true treasure. For the purposes of my film, I shortened those news reels, but I wanted to preserved their narrative and spirit ”, he explains.

The archival footage, among others, provides insight into the scale of the propaganda which clearly shows the figure of a totalitarian leader and the construction of a cult of personality.

"However, I do not impose my own impression. I am keeping my distance and leaving the interpretation up to the viewer. For some, this film will reveal the grandeur of the regime. Others will recognize reasons for criticism. Once again, this film is only about the Non-Aligned and its formation. The whole project was really an impressive political adventure, ” he points out.

Ruined Seagull - a metaphor for the disintegration of Yugoslavia

The wreck of the ship Seagull, which Tanja Petrovar, one of the interlocutors in the film, metaphorically compares to the disintegration of Yugoslavia, is owned by the City of Rijeka, which has the ambition to turn it into a museum.

"The formation of the Non-Aligned was an impressive political action and adventure, and the Seagull was the main instrument in all that. So I think the restored ship can be a major tourist attraction, as one of the most important objects of the 20th century world history," she said.

At the end of the conversation, Živković reveals that he intends to continue filming other areas of Josip Broz Tito's activities.

"My intention is to continue making films about Tito, as separate episodes, because his biography is immensely rich," concludes Živković.