"The reason I jump", the story which breaks down prejudices about autism

The film ‘The Reason I jump’, which will be screened in the Last Minute Cinema Selection of the Third AJB DOC, represents an inner voice of autistic persons. 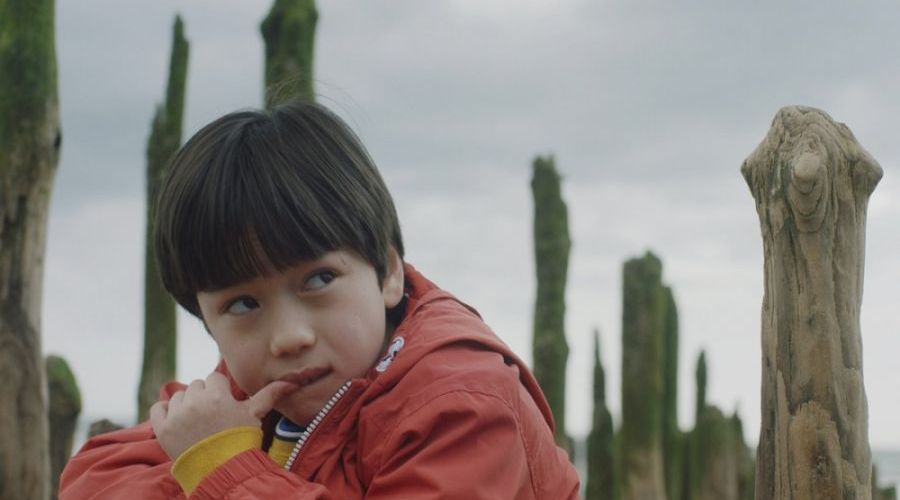 “Just because I cannot speak, it does not mean I have nothing to say”, says autistic Naoki Higashida in his book The reason I Jump, which he wrote as a 13-year-old boy by pointing to letters on an alphabet board, which were then written down by his mother. It was a time-consuming effort that required a lot of desire and hard-work on his part.

Inspired by this book, which represents an inner voice of a person with autism, director Jerry Rothwell made an extremely influential documentary, which offers insight into the challenges faced by autistic people and their loved ones, thereby revealing to its viewers a whole new , and changing their perception of people diagnosed with autism. It also points to widely accepted prejudices of the society we live in, while showing the potential of people with autism, who represent a significant portion of our society. It helps us understand why autistic people react the way they do, and why they jump.

The film The reason I jump by Jerry Rothwell will be screened on Saturday 12th September, at 17:30 hrs, in the Last Minute Cinema Selection of the Third AJB DOC Festival.

When you first read the book “The Reason I Jump” written by Naoki Higashida, what were your impressions? Can you recall how you felt at the time? Did you know back then that you needed to make a documentary based on this book?

The idea for the film came from producers Jeremy Dear and Stevie Lee, parents of an autistic teenager (Joss, who is featured in the film). When Stevie and Jeremy came across the book, they found it transformative in the ways they thought about and related to Joss, and they wanted to develop it into a film. When I first read the book it felt like a stunning achievement.  Naoki wrote it when he was 13 years old, by pointing to letters on an alphabet board, and in it he describes his childhood, and his growing awareness of himself. The book is a response to 58 questions that get asked about autistic young people, particularly those like Naoki who are nonspeaking. It begins with him wondering why he had been born and ends with him celebrating who he is.

When I was approached to direct it, I felt a strong affinity with the project. Autism has been very much a part of my life - both in my extended family and in my work. Back in the ‘90s I set up participatory media projects focused on disability rights and self-advocacy by people with learning disabilities - and my film Heavy Load in 2008 was about a punk band one of whom was autistic. I’ve always been disturbed by society’s response to nonspeaking autistic people - who are constantly underestimated with labels like ‘severe’ and ‘low functioning’ which, as well as being misleading about people’s capacity to think and understand, also indicates a kind of hopelessness which increases marginalisation.

Considering you read the translation by David Mitchell, do you think it is a true representation of the original? Do you think translations can be as good as original?

When I first read Naoki’s book – the English translation - it took me by surprise. So fluent and perceptive was the writing of this teenager that I - like some of Naoki’s reviewers - wondered how much his original words had changed through the process of transcription and translation. It certainly ran against the established idea that autistic people lack a ‘theory of mind’, something that had never matched with my experience anyway.

Letter board or spelled communication has been very controversial - in part because it can be subject to outside influence, and in part because people take aptitude with spoken language to be an indicator of intelligence - and so don’t believe it when ‘nonspeaking’ individuals spell complex thoughts. I took this scepticism quite seriously, going back to some of the original research and also looking at research around language. There’s plenty of evidence that nonspeaking people do possess coherent language - and we know that speech is a motor-sensory facility, and that autism is closely linked with apraxia and other motor sensory issues.

I really wanted to meet with Naoki and talk with him before embarking on the project .Now at the age of 25,  he is at least as philosophically sophisticated as his books suggest. He types completely independently at a computer, but often uses a letter board which he favours.  There's no physical contact with his mother in either case, though she does need to bring his attention back to the board sometimes.  His capacity to type thoughtful answers to my questions - whilst at the same time being subject to distractions, impulses, other associations.  For example, during our conversation he would repeatedly stand up and go to the window before sitting down again to type the remainder of whatever sentence it was that had been interrupted by this impulse.  When I asked him what it was that drew him to the window, he typed “I watch the wheels of cars rotating” when I asked why, he typed “They are like galaxies rotating”

The book is already a translation by Naoki of this nonverbal experience into words – and David and his wife KA Yoshida have done I think a very faithful job of translating that ‘translation’  into English. As part of the production I had the Japanese version of the quotes I was using translated into literal English and that made me very confident in its accuracy and that it retains the poetic tone of the original.

Naoki didn’t want to appear in the movie, but he supported its making. Was it your original idea to show the person who wrote the book?

I guess my first idea about the film was that it would be a film about Naoki finding his voice and becoming a writer, intercut with excerpts from the book. But Naoki was very clear that although he was very happy with the film being made, he did not want to be in it and did not want it to be about him. Like a lot of writers he felt that his writing stands for itself. And in a way Naoki’s response forced me to think more imaginatively and experimentally about the film - where Naoki’s words are used to get us thinking about the experiences of different autistic people around the world.

So the film takes the book as a starting point and riffs on its themes and ideas.  In the end this became a strength and led perhaps to a more interesting and unusual film than an issue-led biopic. It felt to me that the film structure should be a developing revelation of Naoki’s ideas about autism whilst immersing us in the everyday experiences of other nonspeaking autistic people in different parts of the world.  Naoki’s words apply to himself - and as he says himself, can’t claim to speak for all autistic people - but they do provide a nudge to think about the things we’re seeing on screen in a different way.

I think in some ways that makes it a stronger or braver film than the one I first planned – and one that forces us to think more broadly about the social conditions of nonspeaking autistic people around the world.

This movie follows five autistic individuals around the globe. It shows not only their perspective but also the perspective of their closest friends and family. How difficult was it to convert all these feelings into a movie format? What were the challenges you faced?

No film can exactly equate to someone's perceptual experience - whether autistic or not. Instead you’re guessing how cinema might evoke that experience. One of the things I think we found both in shooting and editing was that the some of the language of cinema – of close ups, intense sounds, selective focus were very resonant of the ways some autistic people describe their experiences.

Working with DP Ruben Woodin Dechamps, there were broadly three kinds of visuals.  One was to be with our characters in an observational way, as intimate as possible, being physically close but with quite wide lenses, so that we could work with a really small crew and take an audience into their lives. The second was to try to use the spaces that people inhabited in a more subjective way, so to be attentive to the subjective sensory experiences in those spaces - the sound of a fan tapping against its grille or the horn of a car on a street, or the flicker of light on water of sunlight on a wall.  So we’d try and pick up as many of those sensory elements as we could, whether in sound or through a macro lens. And thirdly we wanted a dreamier space which was principally where we hear the book - and see a young Japanese boy travelling though a series of landscapes.  We were very lucky to find a young non-speaking autistic boy, Jim Fujiwara who was about the age Naoki describes in the book to play the role of the boy.

The book doesn't have a linear story or characters; it’s structured around 58 questions about autism and Naoki’s thoughts about those. So it was challenging trying to work with something where your decisions weren’t narratively motivated, but instead by a kind of gradual unfurling or unwrapping of something. For me I had to throw out the props I usually rely on, language, testimony, plot and interviews -  those much more verbal and logical tools – and instead go for something more sensual, and hopefully more cinematic.

This wasn’t your first movie that had autism as its main subject. From you current standpoint, is society in general more considerate to autistic people now, as compared to the time when you made “Heavy Load”?

I think things have hugely moved on in terms of society’s understanding of autism, even in the decade since that film, principally because of the strong voice of autistic people themselves.  But as The Reason I Jump shows, we still live in a world where autistic people, particularly those who do not speak, are systematically overlooked, The shocking history of maltreatment - of institutionalization, behaviour modification, killings – still happens in many parts of the world.

I don't think you can generalize about how autistic people feel, but certainly many autistic people have been deprived of basic civil rights -  to education, housing, freedom of movement, a social life – by the way our societies are organized.

One of the purposes of this movie is to show that autistic people aren’t asocial. How hard do you think is to break these types of stereotypes? The sad truth is that autistic people are often marginalized and in a way invisible to society. How can we fight this, is there a way to focus the attention of the general public on this issue?

As David Mitchell says in the film “Neurotypicals are rubbish at understanding anything that is not neurotypical.”  The world is organized around the neurotypical, so it takes a conscious effort to make it more inclusive to those who think differently.   I hope the film can play a role to change those misconceptions.  The idea of neurodiversity - that we all perceive the world in subtly different ways - is a powerful and important one, which I think helps build bridges and solidarity we need for a more inclusive world.