Along with the screenings, the AJB DOC Film Festival, which takes place from 11th to 15th September in an adapted format, organized a training in mobile phone documentary filmmaking

The training, led by Adnen Chaouachi, a Tunisian journalist and TV producer and a longtime associate of the Al Jazeera Media Institute, who trained hundreds of journalists on mobile journalism and new media, lasted three days and was held virtually via the Zoom app with a limited number of direct participants and an additional number of observers.

This training was designed to give film academy students, young journalists and producers an overview of different ways in which they can engage with content while making a documentary using a mobile phone.

“The most important lesson that the participants in this training learned is that they do not need expensive equipment to tell their stories. All you need is a mobile phone. It is the democratization of production. Mobile phones are cheap and affordable, you just need to be creative,”says the training leader Adnen Chaouachi. 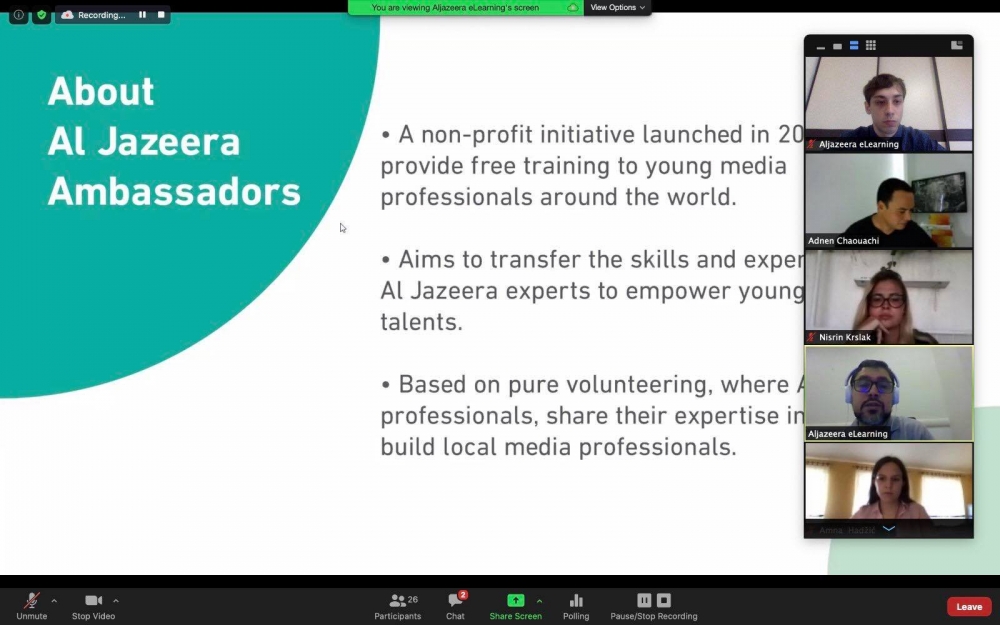 Andrija Rašović from Montenegro notes that participation in this training was a valuable experience for him.

"With Adnen as our trainer, we learned how to make coffee in about twenty different ways.  We learned about different experiences of the whole pandemic situation. In this three-day training, we have seen the personal experiences of different individuals from the region and the world and the problems they deal with in their films which were made in very short period of time. That is a very valuable experience for me. Also, the big lesson is precisely that a documentary has no barriers. Adnen helped us to demystify the mobile documentary. He showed us that phone is just another channel of expression in documentaries that focus on human stories, now and here - stories that are both timeless and universal ", says Rašović.

“In just three days, under the leadership of Adnen Chaouachi, a great team of young and hard-working artists from the country, region and the rest of the world acquired not only basic skills of producing a documentary format by mobile phone, but also knowledge of software use, technical criteria and content elements which are needed for a good product. The fact that participants worked all night on their mobile phones to deliver their tasks required by the training, is the best evidence of natural authority created by Chaouachi through his dedication, sensibility and patience, ” she says. 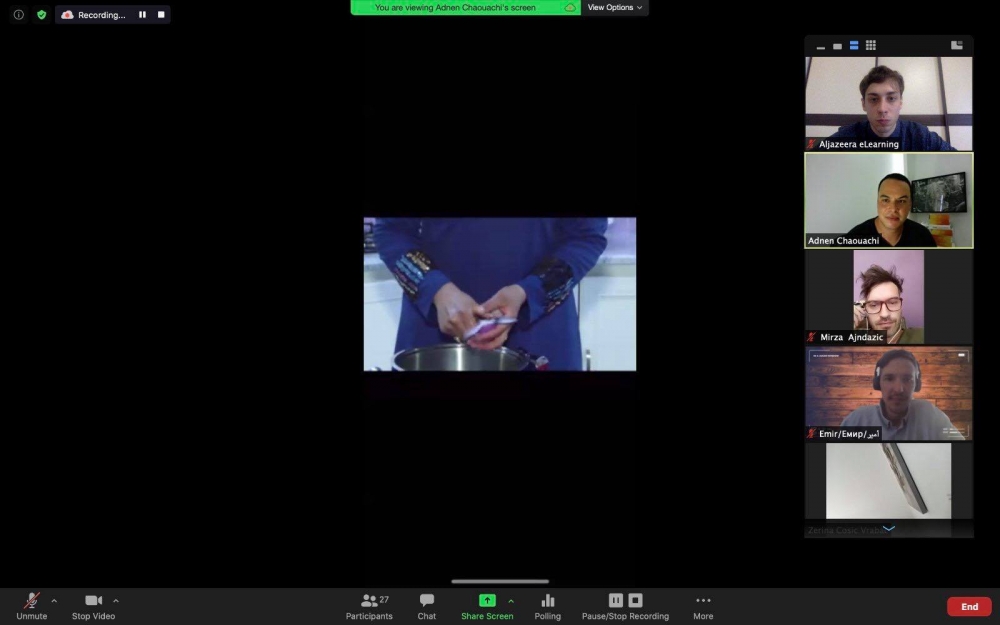 "Participants showed support for each other, which is more of an incident than a rule in today's social context. In the months when we are all fed up with online content and lack of social contact, this three-day online training created a great group dynamic and exceeded all my expectations from this program ", adds Sokolović.

All participants have one month from the end of the training to develop their ideas for a mobile phone documentary. At the end of that period, the training leader and representatives of the Organizer will select the best idea for implementation and award the winner with a prize of 1500 euros, Samsung Note 20 Ultra mobile phone and mentoring support in the recording process.

The recorded documentary will also be shown at the next edition of the AJB DOC Film Festival.

According to the organizers, this year's training was focused on the practical work of the participants, which will be given more and more attention in the next editions of the trainings, which are organized as a part of the festival.