One month after the completion of the online training at the AJB DOC Film Festival, organized in cooperation with the Al Jazeera Media Institute in Doha and following the submission of participants’ projects, the winner was announced. 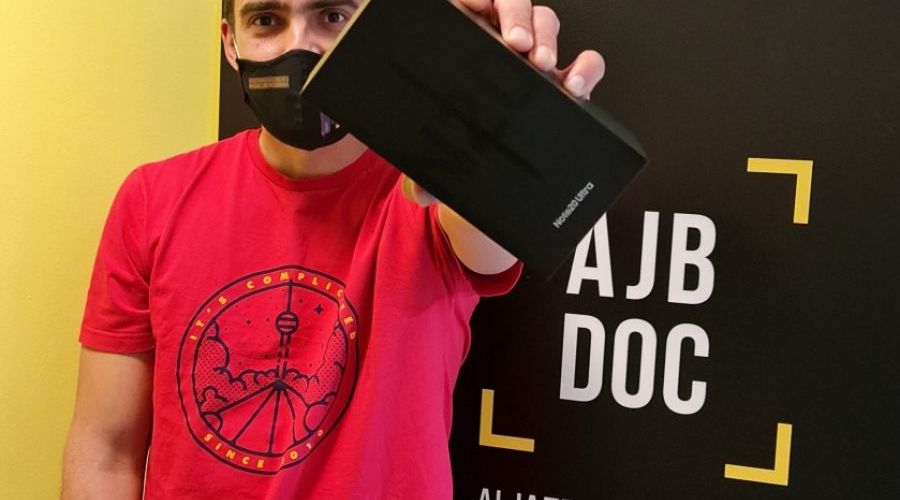 In addition to the film screenings within the AJB DOC Film Festival, held from 11 to 15 September, a three-day online training "Mobile Documentary Filmmaking" was organized under the guidance of Adnen Chaouachi, a Tunisian journalist and TV producer.

The aim of the training was to present young authors with an overview of different ways in which they can engage with the content while making documentaries with their mobile phones. Upon completion of the training, twenty participants had one month do develop their own ideas in order to compete for the award and implementation of their projects.

There were many interesting and great stories among the accepted projects, so the decision on the best was not an easy task. However, the project of Jasenko Pašić stood out among the others and he’s got the award.

"There were several very interesting proposals. Appreciating the overall commitment, dedication and faith in his project, we decided to award Jasenko Pašić's film story", said the Organizers.

"The proposed film story is a combination of a journalistic reportage and a film story that could be successfully made into a film by applying everything that was learned at the AJB DOC training. His story thematically connects the past, present and future. At the same time, it warns of the consequences of the past, develops present empathy and offers hope for the continuation of life", explained the Organizers.

Jasenko Pašić, as the author of the best idea, is the winner of a cash prize of 1500 euros, a Samsung Note 20 Ultra mobile phone, awarded by the sponsors “Samsung” and “Domod”, as well as the mentoring support during the filmmaking process. It is also planned for his documentary film to be screened at the next edition of the AJB DOC Film Festival.

AJB DOC Film Festival would like to thank to all the participants of the training.