A film by British documentary filmmaker Phil Grabsky, who made a portrait of war-torn Afghanistan, while following the life of Mir Hussein over 20 years, will be screened at the 4th AJB DOC. Documentary will be shown at 21:00 pm on 12th September at the Cineplexx cinema hall.

Twenty years ago, in the wake of 9/11 attacks, Afghanistan became the epicenter of the war on terror, making the news headlines around the globe. Carefully following the events in this country, and wanting to meet the ordinary people of Afghanistan, British documentary filmmaker Phil Grabsky arrived in a completely wrecked city of Kabul, heading further to Bamiyan, where the Taliban blew up what were once the tallest Buddha statues in the world.

"Afghanistan was all over the news in 2001, because of the Taliban, the blowing up of the Buddhas of Bamiyan, and then the post 9/11 invasion by the US and NATO.  I wanted to know who the Afghan people were that had been suffering throughout all this,” says Grabsky.

Upon arriving in Bamiyan, Grabsky met Mir Hussein, a playful eight-year-old who lived with his family in a cave. Today, Mir is a 27-year-old family man who is building a career as a cameraman in Kabul.

My childhood, My country - 20 Years in Afghanistan, an authentic epic about Mir, who never lived in a land of peace, was filmed by Grabsky in collaboration with Afghan journalist Shoaib Sharifi.

The broadcast of My Childhood, My Country - 20 Years of Afghanistan, coincided with the withdrawal of American troops from Afghanistan, making it even more relevant and up-to-date with current event.

This film will be screened at the 4th AJB DOC Film Festival in the Last Minute Cinema selection.

On this occasion, director Phil Grabsky spoke to Al Jazeera. 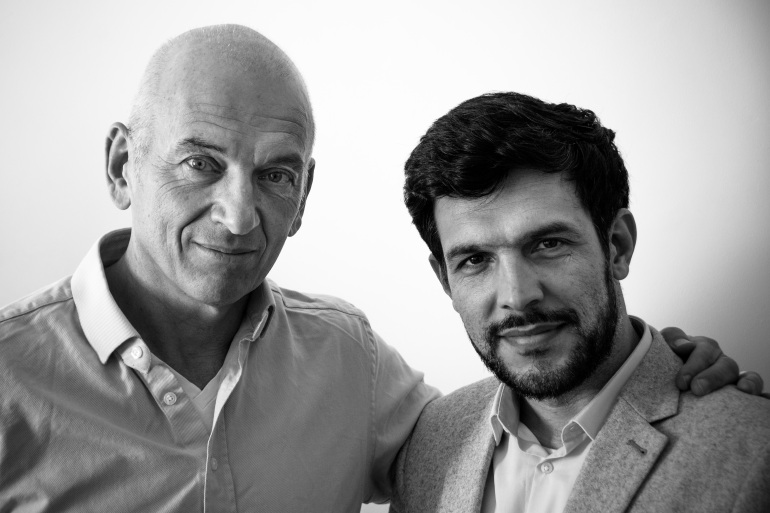 What did you know about Afghanistan before you first went there? And what inspired you to make a documentary chronicle about Mir’s life? How did you meet Mir and his family in the first place?

The Kabul I flew in to was wrecked – like Berlin in 1945.  When we review the state of Afghanistan today, we should not forget what it was like in 2001.  It was bombed back into the middle ages.  I didn’t want to make a film in Kabul though – so I travelled to Bamiyan – an extraordinary journey to an extraordinary place.  There Mir met me, as much as I met him. He saw me filming and came to have a look. I saw his cheeky, handsome, smiling face and I quickly got to know him and his family. And I realised that following the life of a young child growing up in a post-Taliban Afghanistan (as people thought and hoped) was an excellent story for a film. It was one of the best decisions that I have ever made as a film-maker.

You followed Mir and his family for 20 years. To what extent did your vision of this documentary and the story you wanted to show to the world change over the two decades?

The only thing that changed was, at first I thought I would make a film covering one year.  One year became 10 years, and in the end it become 20 years. That is the great mistake the West has made – they didn’t take the long-term view. They have now missed a HUGE opportunity with Afghanistan because they wanted everything done too fast. Yet the US still has 40,000 troops in Germany…Madness.

I assume you faced many challenges while making this film. Can you tell me more about it? How did you overcome them?

There were plenty of challenges, and at times I was worried, even afraid. But that is nothing compared to Mir’s experiences. I, at least, could fly home. He could not leave.  The biggest challenge for me – and one that almost made me give up more than once – was persuading anyone to fund the film. Now everyone wants to broadcast it – but where were they when I needed the finance during production? I am very sad about the state of documentary production for TV.  Maybe Netflix and the big streamers will change things but they seem mainly interested in crime…

I also failed to gain funding from cinema funds or government agencies – that lack of interest in an Afghan-based story is reflected in the surprise many are showing in what has happened. I am not surprised at all.

Alongside Mir’s personal story, you show us archival news footage of American presidents declaring victory over the Taliban. How ironic is that, especially given the current chaos in Afghanistan caused by a rapid American withdrawal from the country?

I think what is clear – and we are seeing it every day – is how easy it is for politicians to ‘talk the talk’ but how often they fail to ‘walk the walk’.  Even now, in my country for example, the Prime Minister is claiming he will ‘move heaven and earth’ to get thousands of people from Afghanistan to the UK. Yet we know thousands of emails with pleas for help have not even been opened. Trump’s domestic vote-winning (he hoped) platform to ‘bring our troops home’ also really screwed things up. He didn’t even have the democratically elected Afghan government at the Qatar “peace-talks”. It’s been a disaster. And Biden made it worse. But all the western countries seem to have been very poorly prepared.  Again in my own country we spent 2 years debating Brexit, day after day, and ignoring Afghanistan. What a terrible mistake.

Translated into Slavic languages, Mir's name means "peace". How ironic is that, given that you are using his life as an example to show us how fragile peace is?

Peace is very fragile. If I were in power, I would immediately stop all arms sales – irrespective of the billions we might lose in income.  Afghanistan is now flooded with high-tech military equipment – some say US$80 billion worth – all in the hands of the Taliban and ISIS.  Our planet is a miracle – it is so utterly extraordinary – and yet we seem determined to mess it up. Even those who engage in warfare usually don’t end up benefitting for long. If only everyone realised that the greatest rewards – and I include on a personal level – come from helping others not oppressing them.  Again TV & cinema needs to do a better job – all those shoot-them-up films give the impression that ‘good’ can win over ‘evil’ after a couple of car chases and gunfights. Life is not like that. 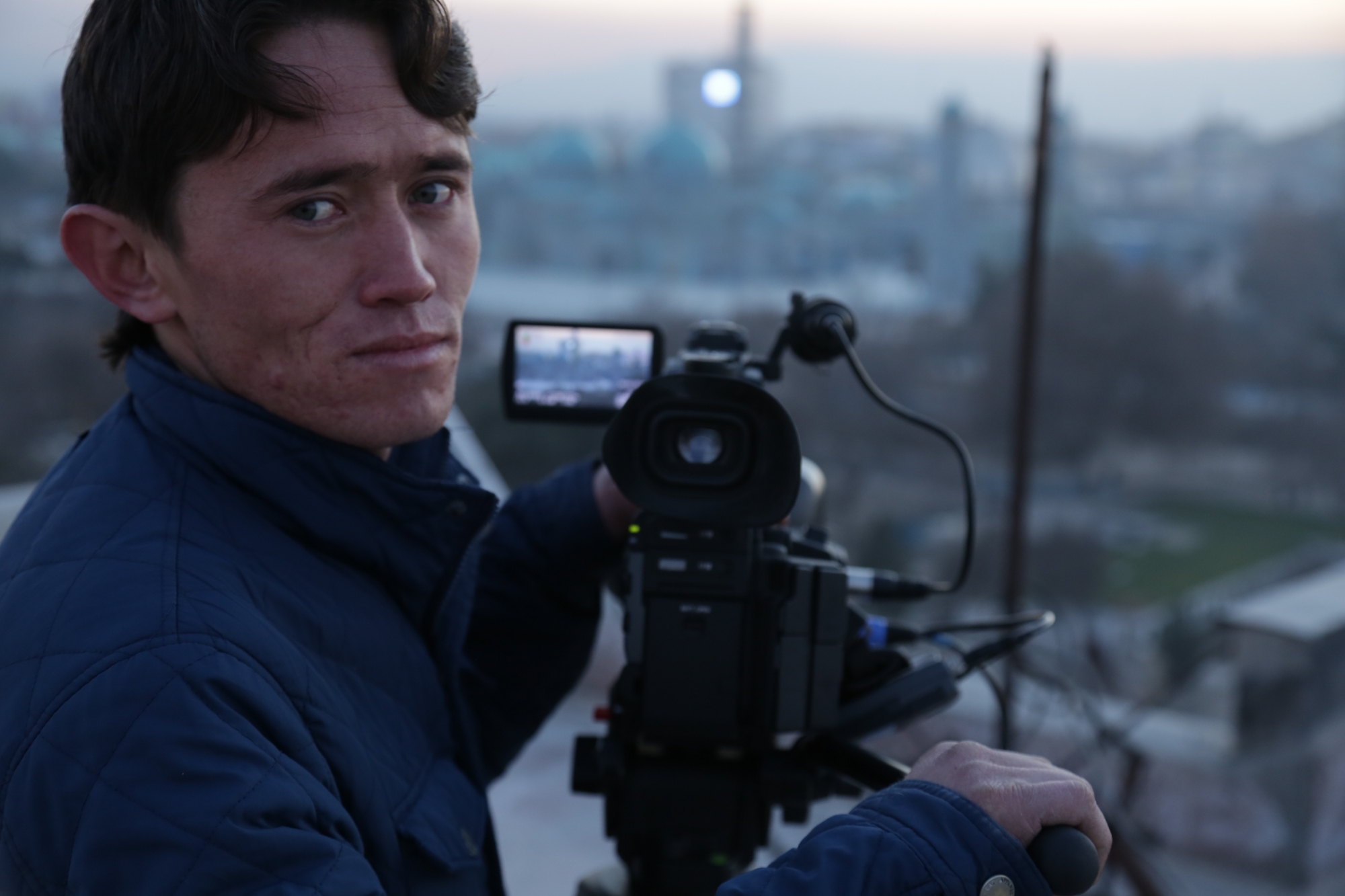 Throughout the film, we follow Mir, who first lives in a cave, then he returns to his native village, and then he goes to Mazar-e-Sharif with his wife, and then to Kabul. On screen, it feels like an amazing journey through time and space. But it’s a historically short period of 20 years, with everything happening within a distance of 500km. Do you think this gap between Kabul and his home village is the reason Afghanistan is so unstable?

There are many storylines in this film – it’s why (in my opinion) it is so gripping.  And so much is revealed about Afghanistan in particular and life in general.  One of those key messages is that at the heart of understanding Afghanistan is the need to understand they are almost all desperately poor.  If the need to just find food to eat takes up most of your day, then not much else matters. Plus, you are easily led astray into drugs production or fighting in militias. Urban Afghanistan and rural Afghanistan are different; again, it was obvious to me that too much time – and huge amounts of money – were going into Kabul and not nearly enough into the countryside.  That is not to say that civil society hasn’t improved: it has.  One example is that virtually no-one had a mobile phone 20 years ago and now everyone does.  That is actually a huge and significant change. The Taliban are already adapting what they say publically because they recognise this is no longer the Afghanistan of the 1990s.

Is there anything the international community can do to stop the Taliban?

I think what you will see now is the desire to try and hope that the Taliban is a more moderate version of the previous Taliban regime – and that actually an accord can be reached to work with them to defeat ISIS.  But all those young men, all those released prisoners (including murderers, rapists, thieves) and so on, will not be easily controlled. I just hope we don’t turn our backs on the 35 million plus population.  It’s a potential disaster of awful consequences though. We now (finally) have to realise that a long-term solution lies in aid and support, even with the Taliban – and not in missiles and M16 rifles.

You helped Mir find a job as a cameraman, because he showed an interest in it as a boy. Are you in contact with him? Do you know what is happening with him and his family?

Yes, we are of course in contact with him and, remarkably, he continues to work as a cameraman for the country he never ceases to love. He just wishes it would be finally at peace.