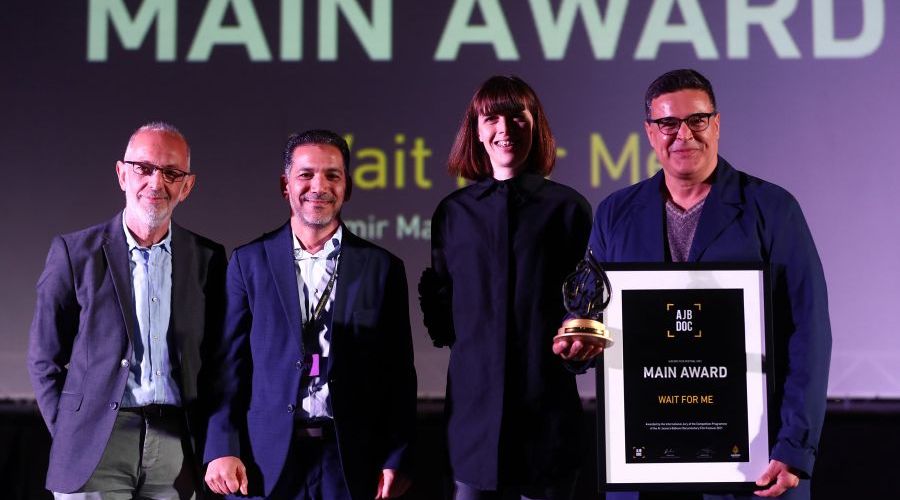 The audience of the 4th AJB DOC Film Festival, which was held from 10th to 14th September in Sarajevo and online, had the opportunity to watch 23 documentaries of highest-quality production, which were screened in four selections - Competition Program, AJB Screening, Last Minute Cinema and Smart Doc.

The director of the AJB DOC Film Festival, Edhem Fočo, thanked the audience for showing interest in screenings that were held as a part of this year's edition.

"We are grateful and we are very glad that we managed to bring the audience back to the cinema. The authors were also more than happy with their re-interaction with the audience, and all the guests of the Festival had positive reactions ", said Fočo. 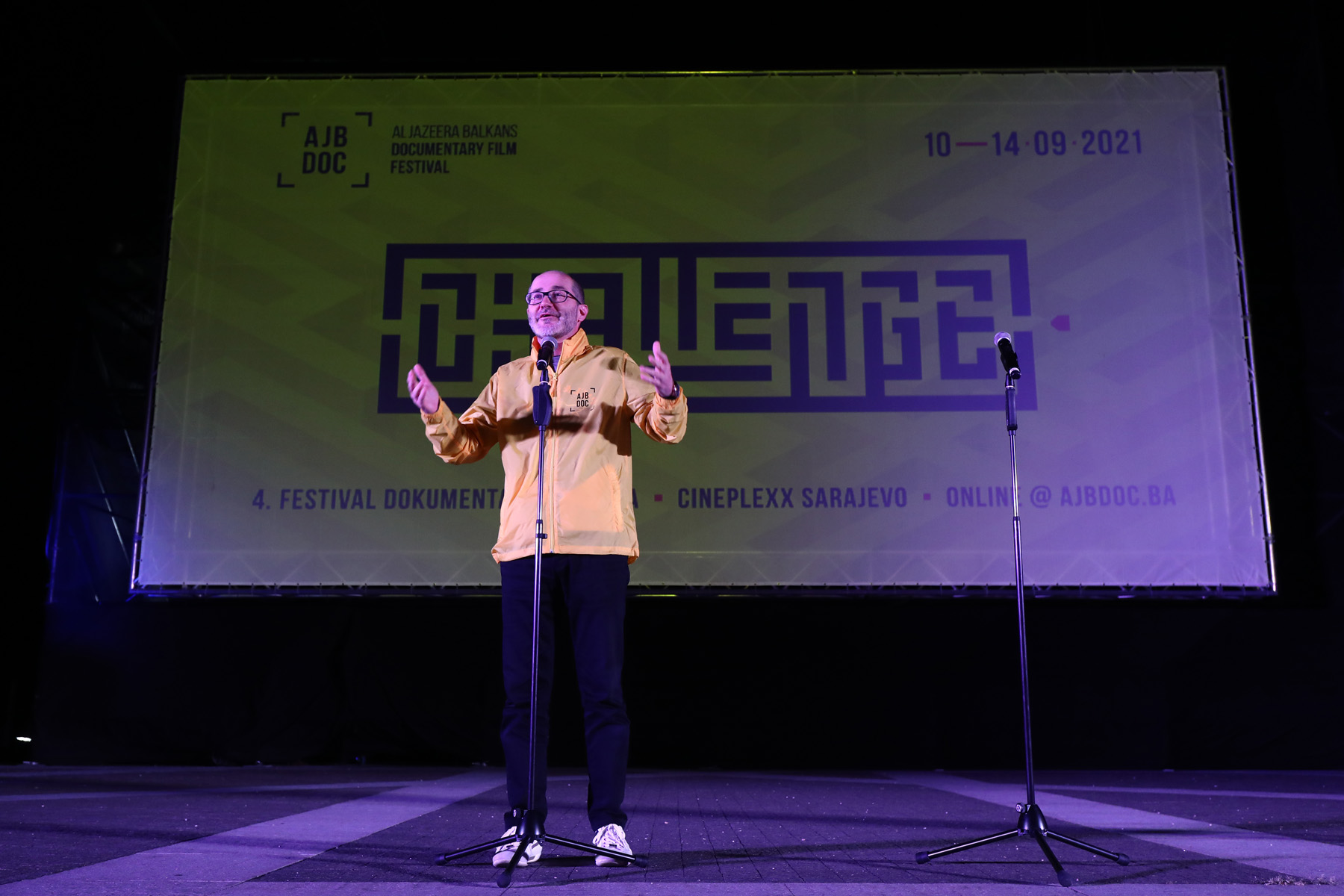 He extended special thanks to the managers of Al Jazeera Documentary on their support which was present from the beginning.

"We are very glad to be entering a new phase of development of both the Festival and the documentary film. The positive reactions of the audience and the AJD Industry @ AJB DOC platform, which we are launching next year, are a sign that we are moving towards a better future", said Fočo, expressing his happiness over the fact that AJB DOC has become a symbol of documentary film in Bosnia and Herzegovina and the region.

International three-member jury consisting of an award-winning film producer Jamel Dallali, writer, director and editor Una Gunjak and artistic director of DokuFest Veton Nurkollari decided on the best film from the Competition Programme, and gave the AJB DOC Main Award to film Wait For Me by a Croatian filmmaker Damir Markovina.

“For its delicate, touching, mature yet humorous contemplation of character, family relations and ageing, and its ability to transcend all racial and ethnic barriers, the AJB DOC Jury gives the Main Award to  film Wait For Me by Damir Markovina, said the Jury in their explanation. 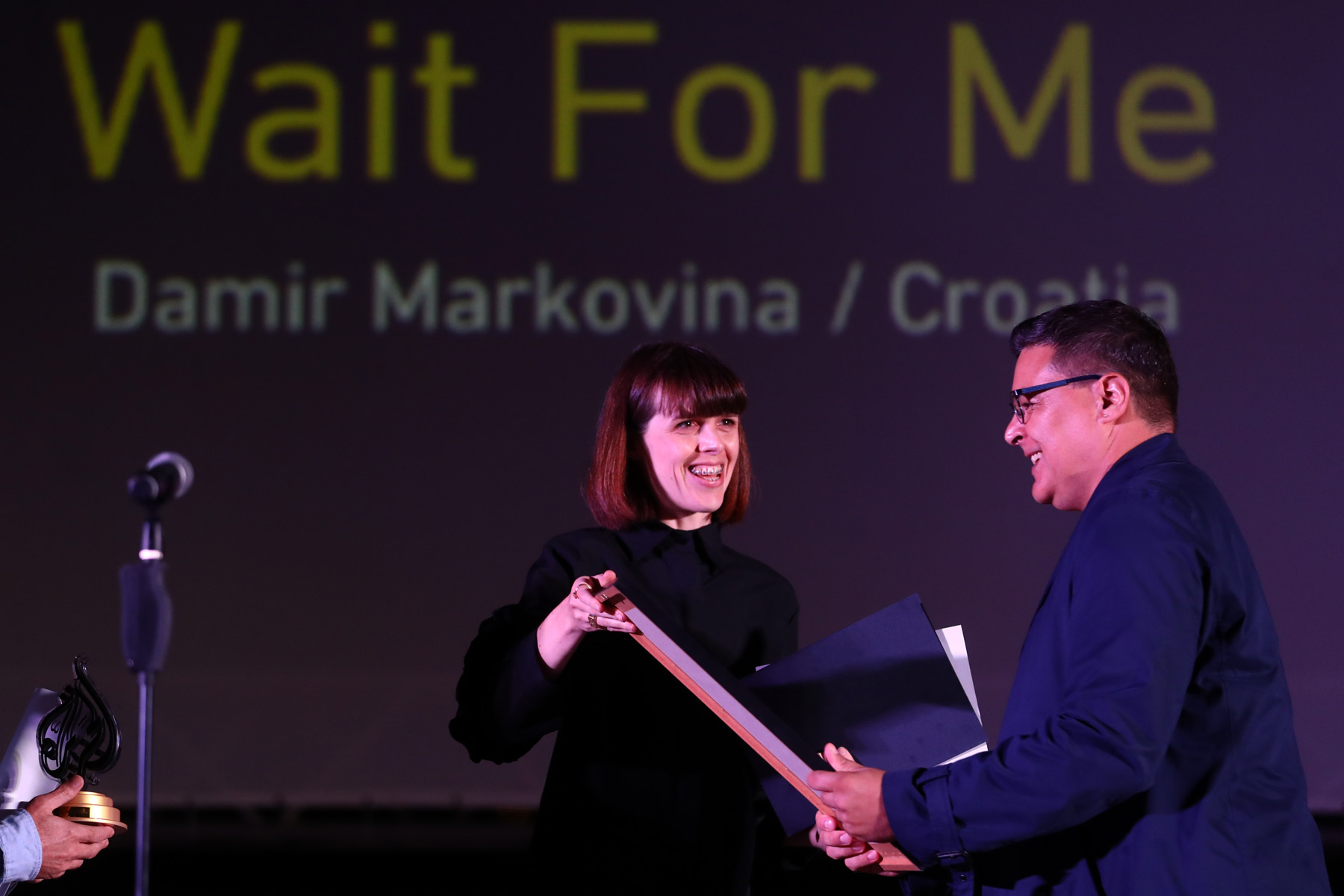 Special Mention was given to film Brotherhood by Francesco Montagner.

“For its ability to offer a fascinating look at the growing up in a seemingly pastoral environment, as well as for the examination of patriarchy and while maintaining a delicate balance, the jury is delighted to give a special mention to Brotherhood by Francesco Montagner”, said the Jury.

Indian duo Rintu Thomas and Sushmit Gosh won the Al Jazeera Balkans Programme Department Jury Award for their film Writing With Fire, which brings an extraordinary story about Dalit women journalists who managed to rise above class and caste divisions in the harshest of social circumstances.

“Equipped only with smartphones and courage, fearless reporters of the Indian newspaper Khabar Lahariya investigate the incompetence of the police, listen to and stand by the victims of caste and gender violence, and confront injustice and political intimidation. While tackling a local Indian theme, the film sends a universal message and has the power to inspire the entire journalistic community and encourage each of us to try to make the world a better and more just place”, said the Al Jazeera Programme Department Jury in explaining their decision.

The Audience Award will be presented in a few days, once the votes for all films screened at this year’s AJB DOC have been counted.

After the official award ceremony, an honor to close this year’s AJB DOC was given to film Scenes From The Life of BiH Film by Mustafa Mustafić, which, above all, aims to to revisit the memory of authors who are no longer with us, their work and films that have left an indelible mark on the development of BiH film. In this film, Mustafić reminds us how one of the most successful film industries in this part of the world was created.

In addition to screenings, a training in Smart phone documentary film production was held under the guidance of a Pulitzer Prize-winning photojournalist Damir Šagolj, and in cooperation with the Al Jazeera Media Institute.

Furthermore, Al Jazeera’s reporter from Gaza, Safwat al-Kahlout, held a lecture for journalists on topic Gaza: Past, Present and Future.

This year's edition of the AJB DOC Film Festival was held under the auspices of BH Telecom, and the training was organized in partnership with Samsung.