The best projects from last year's training, led by a Pulitzer Prize-winning photojournalist Damir Šagolj, were presented to the audience of the fifth AJB DOC. 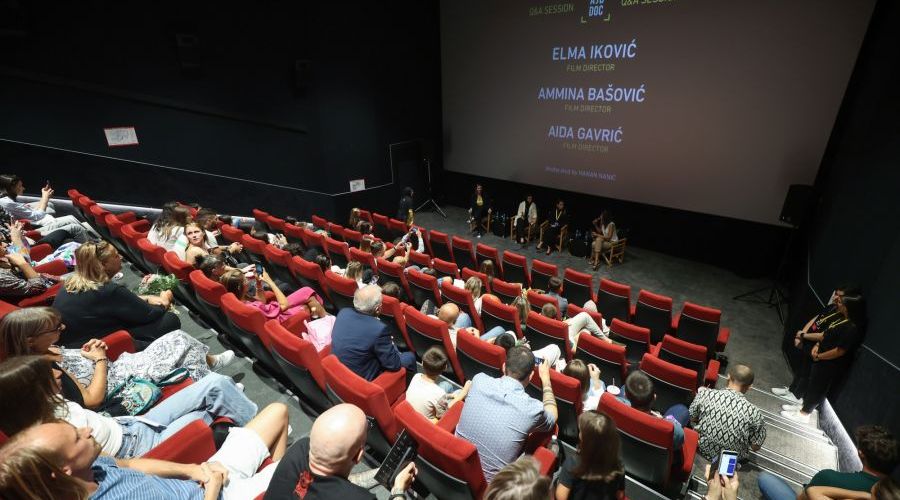 As part of the Smart Doc program, the audience of the fifth edition of the AJB DOC Film Festival had the opportunity to watch three documentaries recorded with a smartphone.

Although professional film cameras will probably never be replaced completely, smartphones, every year with better cameras, are becoming a serious alternative. Due to the practicality, but also the ever-improving quality of their cameras, in the world of cinematography the number of films recorded with smartphones is growing.

With that fact in mind, last year the organizers of the AJB DOC Film Festival established the Smart Doc program, which features the best achievements of the participants of the "Making Documentaries with a Smartphone" training, implemented in cooperation with Al Jazeera Media Institute, under the auspices of Samsung.

The best projects from last year's training, led by a Pulitzer Prize-winning photojournalist Damir Šagolj, were presented to the audience of the fifth AJB DOC.

Elma Iković, whose project was declared the best at last year's training, presented the film We are Guilty Too, which explores the interaction between man and nature and reveals the truth behind our carefully concealed reality. 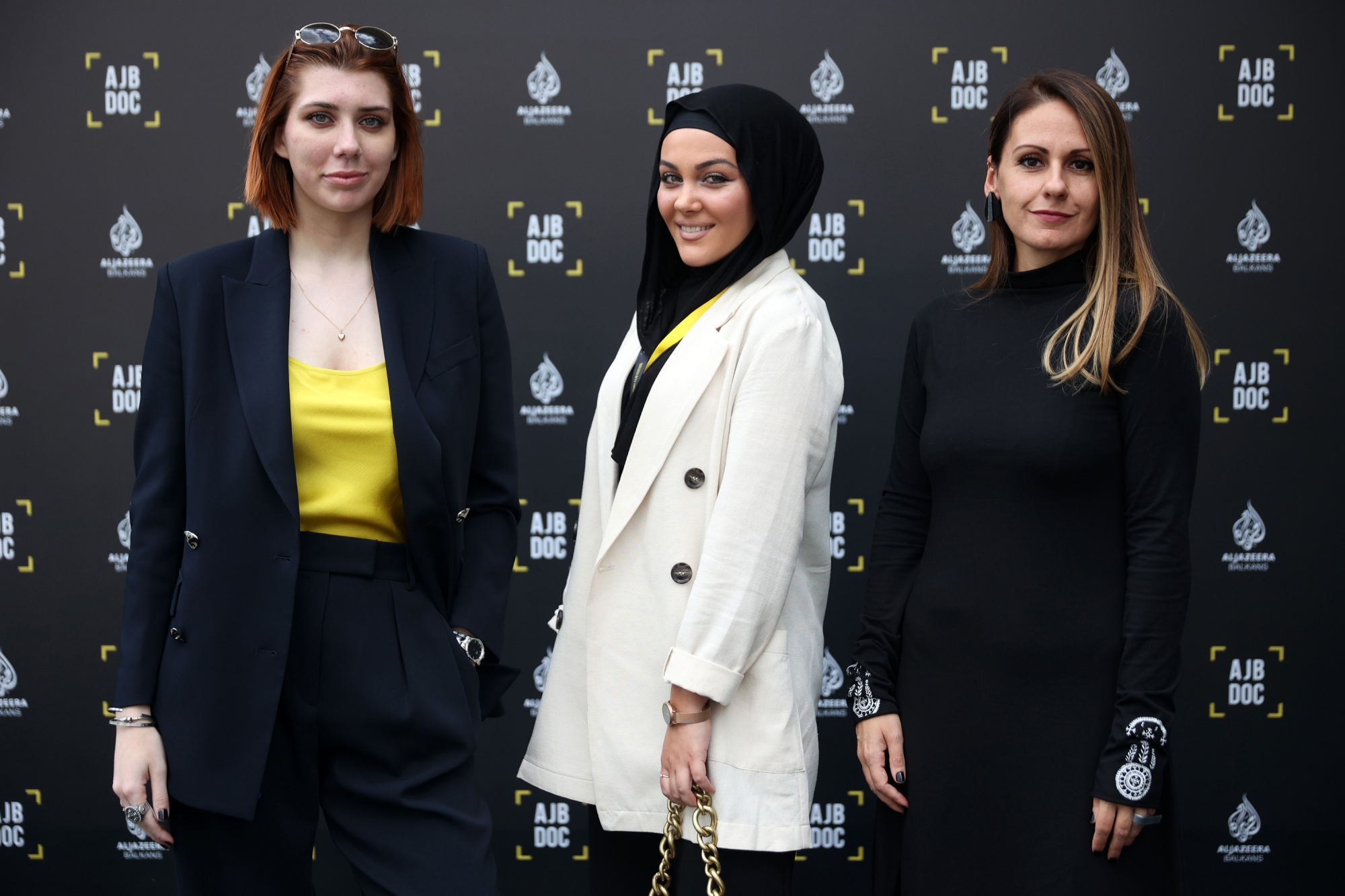 "The lack of discourse on this topic, as well as interest, and I can say that with certainty, enticed me to do something about it and, ultimately, to make a film. The very name of the film is my message to all of us - to understand that we need and can do better for our own sake," Iković said.

As part of Smart Doc, the audience had an opportunity to watch the film Life with Purpose by Ammina Bašović, which documented the unusual and emotional life story of Mahira and Esed Ahmiš.

"It was important for me to convey the sincere emotion, love and faith of this couple, because every day we all need a lesson and a reminder about the essence, especially now in a time when people live fast and forget true values, and to use such examples to remind ourselves that reality is not that difficult for us and that the most important thing is how we look at it," says Bašović.

Aida Gavrić presented her film The Colorless, which she used to speak about non-aligned members of the Bosnian-Herzegovinian society, that is, those who do not belong to any of its three constitutive peoples.

" The Colorless is actually a film about the non-aligned and non-classifiable members of the Bosnian-Herzegovinian society who, in a country where the reality is permeated by the national lines of the three peoples, are labeled as a sort of a surplus, that is, 'others', and are often perceived as ghosts and fossils of the failed idea of brotherhood and unity from the previous system," says Gavrić.

"The need to present the story of such individuals to the general public from a different perspective came from the need to bring forth the knowledge that they, that is, we, do not need to live somewhere in between, in parallel worlds, because this country, like the entire world and the planet, is the homeland of all us, even if we decide for the option of non-alignment and 'non-belonging'. The idea to convey this through the film medium came from the need to lay bare and expose this problem on a higher and wider level, and, of course, the need for a sort of involvement", she added.

The importance of training

The authors of the documentary films shown at Smart Doc of the fifth AJB DOC expressed their satisfaction with the opportunity that they were provided, emphasizing the importance of training in the production of documentary films with a smartphone, which this festival organized third year in a row. 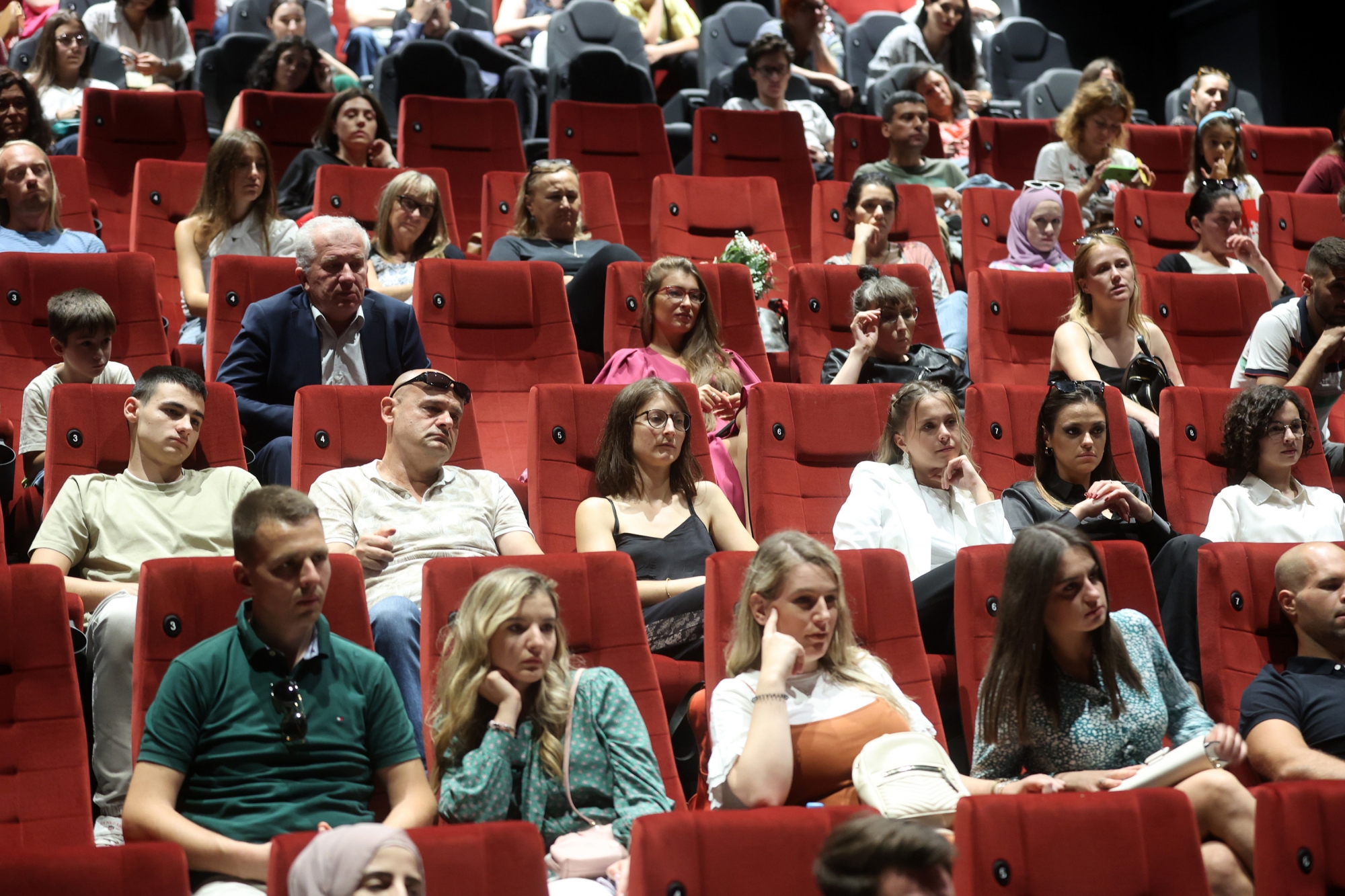 "Smart Doc is the embodiment of an opportunity to enter the world of documentary film, especially for authors who encounter this form of narrative for the first time, and who have a great desire and urge to master it and fall in love with it head over heels," Gavrić noted.

Iković added that this is the first, yet big step in her career, which she intends to continue developing in the field of documentary film.

"I believe that the opportunity to participate in Smart Doc will open up new perspectives and opportunities for me, especially in terms of continuing of my formal education in the field of film, which I plan to do abroad," said Iković.

The importance of training, Bašović emphasized, is reflected through a concise and precise presentation of the mechanisms and methods that introduced the participants to the world of documentary film, and led the best among them to making a film of their own.

"I believe that every opportunity should be used to the maximum, especially when it comes to smartphones, which we often 'fall slave to’ by wasting time on social networks. This project guides young people through technology and practical approach, teaches us what we can do with a mobile phone and what benefits are hidden behind it. In addition to learning new things and skills, the festival also opens up opportunities for new acquaintances and presentation of one's own work," Bašović concluded.